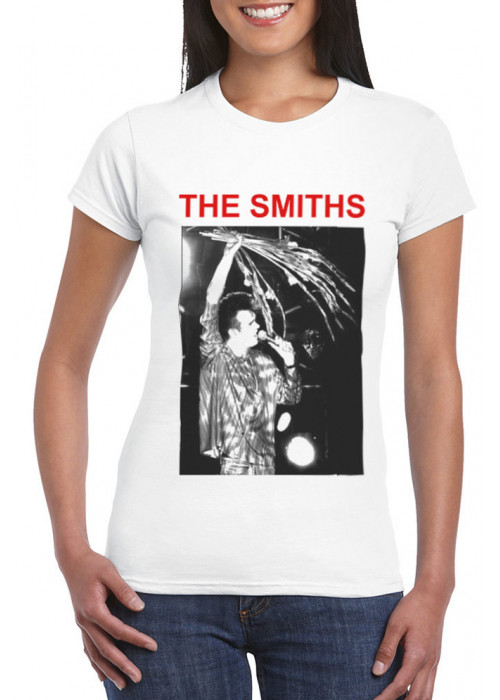 Beautiful Original Photo of Morrissey taken by Stephen Wright (Smiths Photos) during the gig that The Smiths Performed at the Manchester Free Trade Hall the 13 March of 1984.

The Free Trade Hall was built as a public hall between 1853 and 1856 by Edward Walters. It was bought by a Manchester Corporation in 1920; but was bombed and left an empty shell in the Manchester Blitz of December 1940. A new hall was constructed behind two walls of the original facade in 1950–51 by Manchester City Council's architect, L. C. Howitt opening as a concert hall in 1951, as well as for pop and rock concerts.

In 1996 the Free Trade Hall was closed by Manchester City Council and a year later the building was sold to private developers despite resistance from groups such as the Manchester Civic Society.

Beautiful Original Photo of Morrissey taken by Stephen Wright (Smiths Photos) during the gig that The Smiths Performed at the Manchester Free Trade Hall the 13 March of 1984. In Stephen Wright Word..

T-shirt of the iconic photo of The Smiths taken by Paul Slattery the 16th May 1983 outside the Midland Hotel, Windmill Street, Manchester. Left to right: Mike Joyce, Morrissey, Johnny Marr and An..